Founder of Zen Tattoo, JF completely invests himself in each project and has a profound respect for the art of tattooing. He is always trying to reach perfection in what he does and is willing to spend hours on end to figure the best way to do a tattoo. It is that captivation with tattooing that has made him a reference in Japanese style tattoos at such a young age.

In order to learn as much as he can, he has traveled many times in the US, in Asia and in Europe. He has taken numerous seminars taught by the most renowned tattoo artists in the world. He has gotten tattooed by famous masters such as Shige, Paul Booth and Jack « Horimouja » Mosher. Finally, he has participated in the biggest international tattoo conventions in the world.

The beauty of a Japanese tattoo is that everything is coded with symbols, myths and legends. Each element has a symbolism which can create a complex story once mixed with other elements. For example: certain type of flowers or animals can be used to symbolize a loved one. Also, different stories can be used to represent certain moments in one’s life.

If you are ready to enter the fascinating world of Asian symbolism, JF can create a unique tattoo that you will cherish like a piece of art. JF also loves to do non-Japanese, large scale, creative tattoo such as dark or color tattoos. 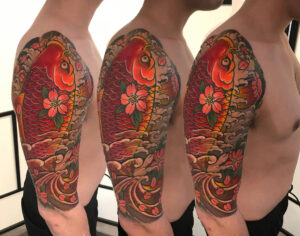 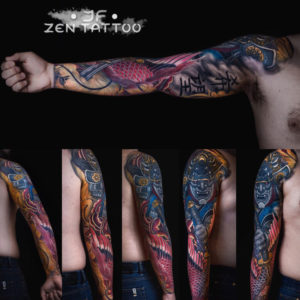 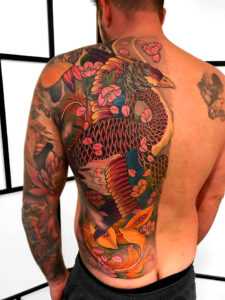 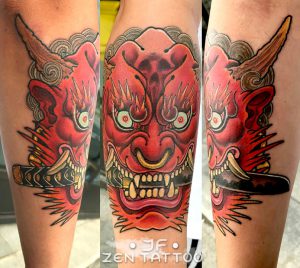 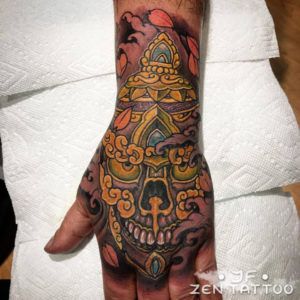 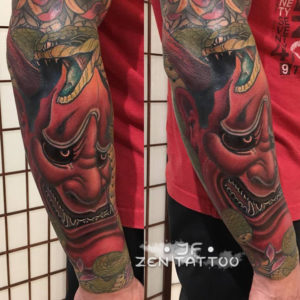 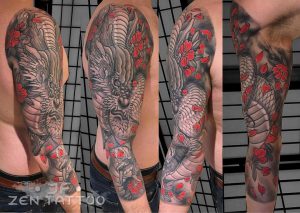 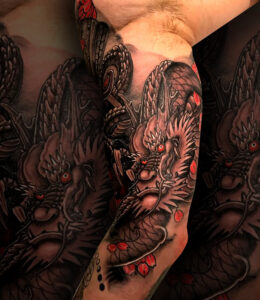 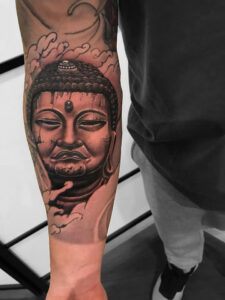 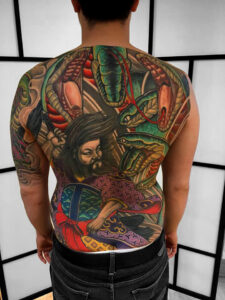 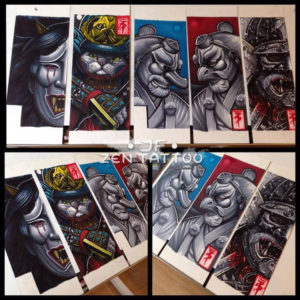 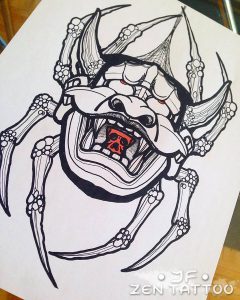 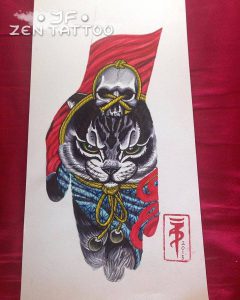 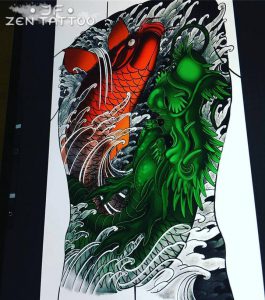